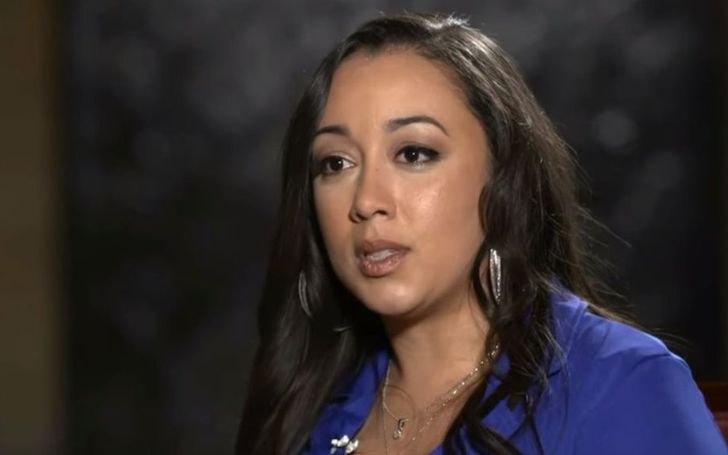 For the ones that follow the news and the films might be known to Cyntoia Brown Long, the American woman who was convicted of the robbery and murder of Johnny Michael Allen. The diva caught the attention of many, with big credits to her 2011’s documentary, Me Facing Life: Cyntoia’s story and in her memoir, Free Cyntoia: My Search for Redemption in the American Prison System.’ With lengthy court proceedings, she was deemed guilty and sentenced to prison for 51 years. Fortunately, parole later reduced the sentence to 15 years, which got her released at the age on August 7, 2019. So, today we take you close to the personal life, the murder case, and the love life of the diva.

The introduction of Cyntoia Brown Long would be incomplete without mentioning her past when she murdered and robbed Johnny Michael Allen. Surprisingly, she was just 16 at the time when Allen paid her $150 to have sex with him. Later, one thing led to another, and the court found her guilty of robbing and murdering Allen while asleep. The event occurred on August 6, 2004, as they got together for sexual intercourse. As per investigations, they never had sex, but during the encounter, Brown shot him in the back of the head using her handgun. Similarly, she then stole $162 and his firearms from Allen and fled the scene.

Brown was arrested with several charges like homicide, aggravated robbery, handgun possession, and criminal impersonation. Even though she was under 16, she was tried as an adult at that time, which sent her to life imprisonment. In her defense, she claimed how she committed the crime in self-defense.While she served her sentence at Tennessee Prison for Women, many television makers approached her to cover her story in a television show. The popular Netflix also made a documentary titled, ‘Murder to Mercy: The Cyntoia Brown Story.’

Also See: The Net Worth, Career and Personal Life of Sociologist John Brewer.

In November 2017, her case grew viral as many celebrities like Rihanna, Kim Kardashian, and LeBron James spoke in her defense. That led to further investigation, which resulted in the reduction of her life in prison to 15 plus 10 years of supervised parole, which saw her release on August 7, 2019.

No matter how hard the past is, everybody deserves a fresh start. The case was the same with Cyntoia Brown Long, who was lucky enough to get a release after committing such a crime. While she spent over a decade in prison, she earned her GED with a score of 656 and a degree in Liberal Arts in March 2005. Furthermore, she also graduated with a Bachelor of Professional Studies in Organizational Leadership with a 4.0 GPA from Lipscomb University.

While in prison itself, Cyntoia Brown Long crossed paths with famous musician Jaime Long. Besides music, he was an entrepreneur as well as the CEO of JFAM Music Inc and the co-owner of a Texas healthcare business titled in his name J. Long. The two had romantic feelings for one another, which slowly materialized into something big. Consequently, Cyntoia tied the know with Jaime Long, who worked alongside R&B group Pretty Ricky in the past. As she is released from prison now, her husband helps her in her pursuit to start afresh.

Born on January 29. 1988 in Fort Campbell, Kentucky, Cyntoia Brown Long didn’t have the most pleasant childhood. While her father is unknown, her biological mother, Georgina Mitchell, drank a lot of alcohol during pregnancy, which developed fetal alcohol spectrum disorder in Cyntoia. Moreover, her mom even used cocaine, which led her to be ineligible as a mother causing her daughter to be sent for adoption.

Long spent the time at the Department of Children’s Services from April 2001 to September 2003 after committing crimes against persons and properties. Surprisingly, she used to run away in many instances, including a runaway on the streets of Nashville. Amidst all that, she even met Garion L. McGlothen, who beat, threatened and raped her many times.