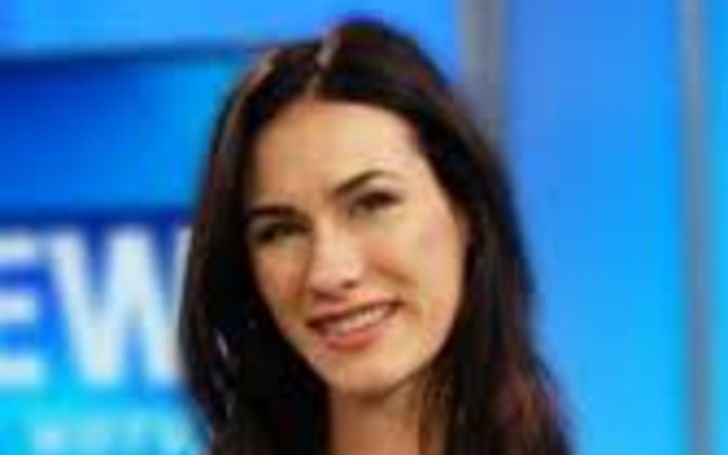 Colleen Campbell is an American journalist who serves as a weather anchor for the evening newscasts on WDTV. Previously, she worked as a reporter for Philadelphia based news channel WPHL. Get all the information about Campbell’s personal and professional life and other exciting things about her in this section!

Is The Female Weather Reporter Colleen Campbell in a Romance? How is Her Personal Life?

Colleen Campbell is likely single and not dating anyone right now. There has never been any news on her love life on the internet of her past as well.

Unlike most journalists, she lives a rather open life. Moreover, she also posts pictures and videos of her private life on her social media. All these things indicate that she has preferably chosen to remain single for the time being and focus on her career.

Due to her nature of the job, Colleen is usually busy with her job. But during her spare time, she likes to spend time with her family and do some volunteering works around her community.

Disgraced Herself While Drunk

Most might consider Colleen Campbell to be almost a perfect girl for men. She seems to have everything that a attractive lady should have; she is beautiful, talented, hard-working, and popular among the audience. However, some might not know the dark past about her.

In June 2017, she got into a verbal fight with a man at the helium Comedy Club in Philadelphia. The argument went so far that police were called to sort out the difference.

But the female weather reporter was so drunk that she did not listen to anyone even to the cop at the scene. What’s more, the angry Campbell went as far as to insult and cuss at the officer.

Check out the clip of Colleen Campbell verbally cussing the police officer in front of a club in 2017!

A video of the incident recorded by a New York comedian Will Sylvince upon uploading on social media went viral. On the clip, Collen was seen verbally abusing a man and later even the police.

The officer, however, was cool-headed and did not let the provocation get the better of him. The cop was holding his stand until Colleen started to spit on the bar’s worker. After that, the officer had to take action, handcuffed, arrested her and took her into custody.

After coming to her senses the next day, she apologized for her actions and said she felt embarrassed for herself and her family.

“I am ashamed and embarrassed by my actions. I’m hopeful that the Philadelphia police officer who dealt with me Sunday night will allow me to apologize in person and express to him how truly sorry I am for what transpired.”

Unfortunately, her apology could not save neither her dignity nor her job, and after seeing the clip, her news channel WPHL 17 fired her. Good thing for her; she eventually found a job at WDTV News, where she joined on May 2018.

In her journalism career, she’s worked for WPHL-TV, virtual and UHF digital channel 17, a television station based in Philadelphia, Pennsylvania. She served as a weather reporter for a few years at WPHL upon her termination in June 2017.

Colleen Campbell in 1989 in South Jersey, Philadelphia, United States. As for her education, she graduated from Temple University with a Bachelor’s Degree in Broadcast Journalism in 2016.

Campbell actively involves in volunteering and social works. She participated at a philanthropic events the AFSP “Out of Darkness” walk and volunteered for the suicide prevention online. Moreover, in 2018 and 2019, she joined the team of WDTV team to drop hundred of donations and gifts to WVU Medicine Children’s for kids.