Carrie Fisher was an American actress and writer. She will be known as Princess Leia from Star Wars, a role for which she was nominated for four Saturn Awards. Fisher was passed away in 2016. She had a medical emergency during a flight from London to Los Angeles. One passenger reported that she had stopped breathing, prompting another passenger to perform CPR. 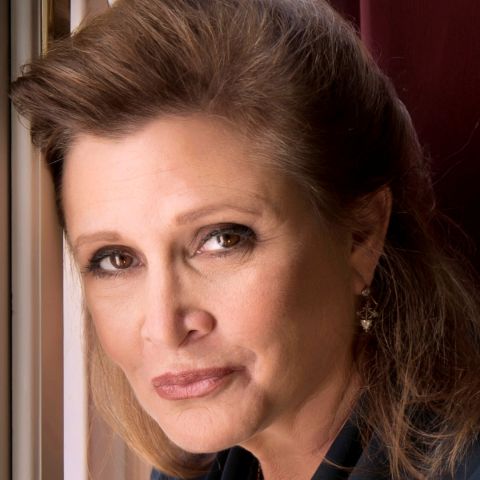 Carrie Fisher Career Highlights and Net Worth as of 2021.

Carrie Fisher was an American actress and writer. She was known as Princess Leia from Star Wars, a role for which she was nominated for four Saturn Awards. Star Wars is an American film based on an epic space opera media franchise directed by George Lucas. In 2020, the movie estimated its total value at US$70 billion. And it is currently the fifth highest-grossing media franchise of all time.

Fisher’s started her career in the 1970s. She debuted the film in 1975 in the role of Lorna Karpf in the Columbia Pictures comedy Shampoo. She was just seventeen years old when she had done the movie Shampoo. Lee Grant and Jack Warden played the role of her parents in the film.

Fisher also starred as Princess Leia in George Lucas’s science-fiction film Star Wars, opposite Mark Hamill and Harrison Ford in 1977. She was instantly popular after appearing in Star Wars.

The actress appeared in several TV shows, including Ringo, Leave Yesterday Behind and Come Back, Little Sheba. After appearing in the Broadway production of Agnes is God, she finished off the original trilogy with Star Wars Episode VI: The Return of the Jedi. She had done a role in a film like The Time Guardian, When Harry Met Sally, and The Burbs at the end of the 80s.

Carrie was also a writer. After the release of Return of the Jedi, she published an autobiography named Postcards from the Edge. The book won many awards and became a best seller.

She published several novels such as Surrender the Pink and Delusions of Grandma in the 90s. Fisher also worked on many scripts and wrote various sitcoms in her life. Recently in 2008, she released another autobiography, Wishful Drinking.

Taking about her Net Worth, According to the celebrity net worth, Carrie was estimated to amass an impressive net wealth of $25 million. Yes, she is a millionaire, and without any question, credit for her outstanding fortune goes to her years of hard work she placed in the film industry.

In her 2016 autobiography, The Princess Diarist, Carrie Fisher wrote that she and Harrison Ford had a three-month affair during the filming of Star Wars in 1976. Fisher also dated Paul Simon from 1977-1983 while filming Star Wars.

In 1980, she was briefly engaged to Canadian actor and comedian Dan Aykroyd. Dan proposed to her the set of their film The Blues Brother. But the couple didn’t last together for long. Then she was married to Simon from August 1983 to July 1984, and they dated again for a time after their divorce.

Carrie Frances Fisher was born on October 21, 1956, in Burbank, California. Her father, Eddie Fisher, was a great singer, while her mother, Debbie Reynolds, was a known actress. Her parents divorced when she was two years old.

Carrie never completed her education. She dropped out of high school at age 16 to focus on her acting career. She studied acting at London’s Central School of Speech and Drama and Sarah Lawrence College.

Fisher was passed away in 2016. She had a medical emergency during a flight from London to Los Angeles. One passenger reported that she had stopped breathing, prompting another passenger to perform CPR.

Carrie was put on a ventilator when she arrived at the hospital. After four days in intensive care, she passed away. The official cause of death was cardiac arrest. The day after Fisher passed away, her mother died from a stroke.