Brandi Passante is a reality television actress who is most known for her role on A&E's reality show "Storage Wars." Her ex-husband, Jarrod Schulz, also starred in the show, which rocketed both of them to mainstream recognition. Scroll down to know more about her. 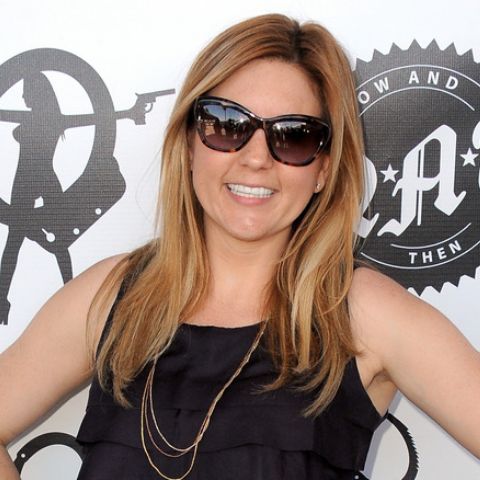 Brandi Passante is a reality television celebrity and storage hunter from the United States with a net worth of $2 million. Her thrift businesses and appearances on the reality show “Storage Wars” provided her with most of her income. Brandi has appeared in over 260 Storage Wars episodes.

Hunter Moore, the distributor of adult films, created a stir when he put an offensive video on his website, IsAnyoneUp.com, saying the lady featured was Brandi. Passante was so taken aback by the allegation that he filed a lawsuit against Moore, seeking $2.5 million in damages. Despite winning, she was only given $750. While the judge ruled Moore responsible, he did not believe Passante had produced sufficient evidence to justify the $2.5 million in damages sought.

The television celebrity emceed a charity event for Women’s Own Worth in 2019, an organization that “empowers women and their families to restore their self-worth by helping them to continue an independent life after experiencing the effects of trauma.” The charity received $100,000 as a result of the event.

Brandi Passante and Jarrod Schulz first met in 1999, when Schulz’s carpet cleaning firm recruited her. Cameron, born in 2003, and Payton, born in 2005, are the couple’s two children. Their daughter, Peyton was born deaf and with a cleft palate, and as a youngster, she underwent numerous surgeries.

The celeb said that she and Schulz had stopped their relationship “two years ago” in a June 2020 interview with “The Dad Diary.” In the interview, she also claimed that she had been diagnosed with Covid-19 two weeks previously and had been experiencing severe headaches and a loss of taste.

Brandi Passante and Jarrod Schulz are pairs who are motivated to succeed through hard work and determination. They owned and operated a secondhand store before delving into reality television. They decided to participate in the upcoming TV show “Storage Wars” in the hopes of finding some valuable items for their shop at a low cost. The pair first appeared on the show in its first season, in 2010, and have continued to star in it ever since.

Their tenacious and sophisticated bidding, as well as the other techniques they used as storage unit buyers, earned them a lot of respect. People who saw the broadcast began to recognize the previously unknown couple on the streets, and they became superstars in their own right. Their appearance on the show also helped them grow their business, and they were able to create a second thrift store in a separate area.

The couple’s success led to an opportunity to star in ‘Brandi & Jarrod: Married to the Job,‘ a reality TV show devoted solely to them. The first episode of this series aired on August 12, 2014. However, the show, which concentrated on the couple’s family life, did not do as well as predicted and was canceled after only eight episodes.

Brandi Passante was given the name Brandi Leigh Passante when she was born. On May 16, 1980, she was born. She is also a native of Harris County, Texas, in the United States. When it comes to her family, Brandi’s father is no longer alive. She had a wonderful day and missed her father. Her mother is a stay-at-home mom. However, no other information about her parents or siblings is known.

When it comes to her educational background, Brandi attended a local private school. Later, she enrolled in and graduated from The United States University. Brandi, on the other hand, has never revealed the names of her schools. This topic will be updated when more information is given.