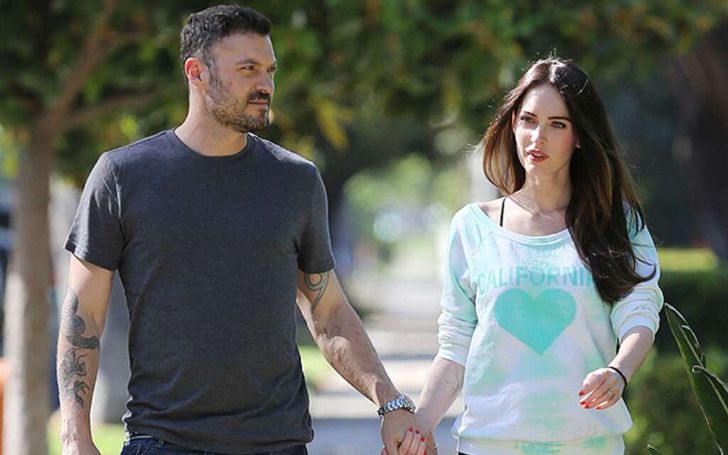 Megan Denise Fox is a well-known American model and actress. She has been in several famous film franchises, notably the Transformers franchise and several periodicals, including Maxim, Rolling Stone, and FHM. She has won several awards, including two Scream Awards and four Teen Choice Awards.

Brian Austin Green is an American actor, producer, and former rapper best known for his role as David Silver on the TV show Beverly Hills, 90210 (1990–2000). Green appeared in Terminator: The Sarah Connor Chronicles, Freddie, Wedding Band, and Anger Management as a series regular. Both Megan and Brian belong to the same industry. Let’s know about the couple’s married life and their child’s life.

Megan Fox and Brian Austin Green tied a knot in Hawaii in 2010. They welcomed three adorable children together. In addition, Brian also has a son, Kassius Lijah Marcil-Green, from his previous relationship with actress Vanessa Marcil. The former couple decided to divorce in May 2020, after over ten years of marriage and 15 years together.

When it comes to parenting their children, the couple stated at the time of their divorce that they intend to keep things as united as possible for their sons; Brian claims that they would “still take family vacations and holidays as a family.” The reason behind their separation is still unknown.

Also See: Who is Lil Dicky Girlfriend? Find Out his Girlfriend List

After the separation of the former couple, Brian started dating Sharna Burgess, a professional dancer. On September 1, 2021, Sharna shared a sweet new shot with her actor lover on Instagram. The couple kisses in the black-and-white photo, and Sharna captioned it with the phrase “end game.” On the other hand, Megan is dating Machine Gun Kelly, an American rapper.

In an interview with InStyle, the Till Death actress discusses parenting her three children, Noah Shannon, Bodhi Ransom, and Journey River, whom she has with ex Brian Austin Green. Fox claims that her eldest child has been targeted online by “evil, nasty people and cruel people” at one point in the conversation.

Talking about their children, Noah is 8-year-old as of 2021, Bodhi is 7-year-old, and Journey is 4-year-old. The mother says, “I don’t want him to ever have to read that s— because he hears it from little kids at his own school who are like, ‘Boys don’t wear dresses.”

During a 2019 interview on The Talk, Fox stated that Noah is “very into fashion” and frequently wears anything he wants to school, including dresses, despite negative feedback from his classmates. Green has also shown his support for his son’s fashion choices in the past. As of now, they are living a happy life.