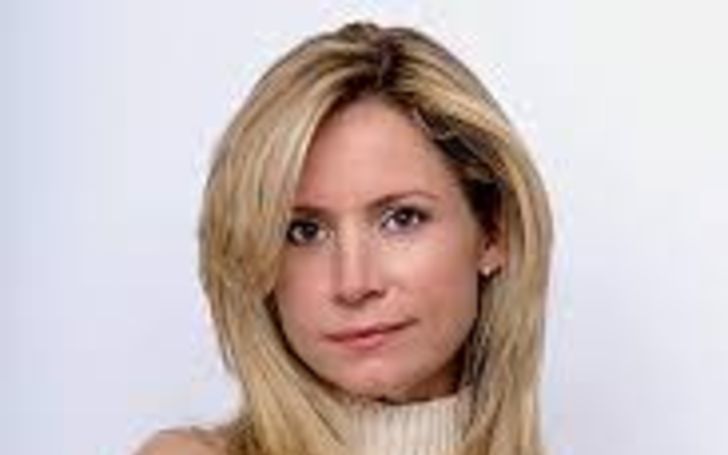 Actors seem to be increasing in a great number since the beginning of the 21st century and more so now than ever before. But not all make it big; many fail to reach the top and call it quits. But despite their inactivity, fans simply cannot forget some actors who left a lasting impression on their hearts. Alana Austin ranks among such actresses. A former American actress, viewers know her from Motocrossed, Ink, A Simple Twist of Fate. Let’s see more into the beautiful Alana’s life!

What is Alana Austin’s, Relationship Status? Is She Dating, Married, or Single?

It has been a long time since Alana Austin was last seen on television, her last being in an episode of series Close to Home in 2006. Since her exit from the showbiz, fans are curious to know what her relationship status might be. Well, it seems she is engaged right now.

We say this with certainty due to her revelation on that matter on Instagram. On August 04, 2019, the Ink star showed off a picture of a pair of hands, one her own and the other possibly her fiance. On her ring finger, she was wearing a beautiful ring.

The lady captioned the picture writing:

“Holy Crikey Batman!!! The woman of a million words is suddenly speechless…”

Well, it seems Alana finally found her special one! Although late, it might have been, a big congratulation to the couple.

The lady spends most of the time with her family and close ones, often traveling places and organizing a get-together party.

During her active professional acting, she’s played in many big and small screens. Most notably, her portrayal as Andrea Carson in the movie Motocrossed. Alongside her other actors like Riley Smith, Mary-Margaret, Humes also starred in the 2001 Disney Channel film.

On the television, viewers remember Austin from her time in American sitcom Ink. She portrayed one of the starring characters as Abby Logan. The one season CBS series starred Ted Danson, Mary Steenburgen, Christen Ebersole, Saul Rubinek, and Charlie Robinson.

Alana Austin was born on April 06, 1982, in Palm Springs, California, United States. Her father is actor Steve Austin and her mother is actress, producer, and writer Shauna Leigh Austin. Her parents are divorced, and her father remarried to Kathleen Austin.

The 1.70-meter lady’s younger sister is Alyssa Austin, who is also an actress. Moreover, she also has three younger brothers and three sisters. From her father’s second marriage, she has a half-sister.

You Can Also Check Out: Liz Newton’s Personal Life, Net Worth, And Career!

As for her education, she studied at the University of Southern California, where she got a degree in medicine. The 38-year-old made her acting debut in the television movie Criminal Behaviour in 1992.

If you want to read more similar celebrity articles, make sure to visit Featured Biography!