Digital content creators on TikTok haven't lagged behind checking their levels of fame rise, especially during the lockdown. Addison Rae is one of the most popular TikTok users in the world. She has amassed a huge fortune in a short span of time. 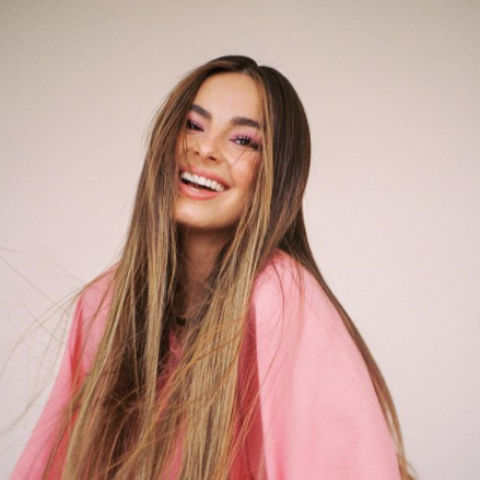 Since 2019, rumors have swirled about Addison Rae and Bryce Hall dating each other. However, neither of the parties officially confirmed until October 2020 through various social media posts.

Besides, Rae has an extremely close relationship with the Kardashian family, especially Kourtney Kardashian. She began appearing with Kourtney since David Dobrik invited her to surprise Mason Disick, Kourtney’s son, in March 2020.

Addison Rae and Bryce Hall have decided to come clean to fan followers, as they have finally decided to split.
On August 26, the TikToker tweeted she was no single, followed by him tweeting on August 31.

But have said great things regarding the other and haven’t ruled out a future where they patch up together.
The starlet said there are many more things that have to be figured out in her life, and she’ll be focusing on those.
While doing so, Addison wishes Bryce the best of luck.

Who is Addison Rae? What is Her Net Worth?

Addison Rae was born Addison Rae Easterling on October 6, 2000. She lives with her family in a house in Los Angeles. They spare their time between California and Louisiana. In January 2021, Rae signed with WME for representation in all areas.

According to the Hollywood Reporter at the time, WME will focus on building out Easterling business across modeling, fashion, music, dance, Tv, film, digital, podcasting, licensing, and endorsements. The Easterling family also works with the Endeavor Foundation to support philanthropic causes. Addison has an estimated net worth of $5 million.

Rae continues to make money through several endorsement deals. She’s worked with Reebok and L’Oreal. She plans to extend her brand by creating more content related to beauty and haircare with goals for her brand to be an influencer.

How Did Addison Begin Her Career?

Addison Rae, 20, was preparing for her first year of college at Lousiana State University before getting famous in TikTok. She initially found out about TikTok through many young girls at her high school and dance studio. Addison remembers being in a few of them, and as soon as she downloaded it, she decided to post. Therefore, a video that she posted in April 2019 appeared on TikTok’s Four Your Page (FYP).

After earning more likes and views, she kept creating content, mostly dancing videos by herself or with others. And, gradually, she became one of the most-viewed TikTokers in the world. Her biggest TikTok creations include a video set to Mariah Carey‘s hit 2009 single Obsessed.

Being a part of TikTok was just an excuse for hitting it big. Nevertheless, Rae has already been a competitive dancer since she was young. For this very reason, making TikTok’s popular dance challenge trend opened a new way to her.

Dancing has always been a huge part of her life, and generally, she contributes so much to her TikTok growth being raised as a dancer. Apart from that, Addison collaborated with several other big names, from Kourtney Kardashian to James Charles.