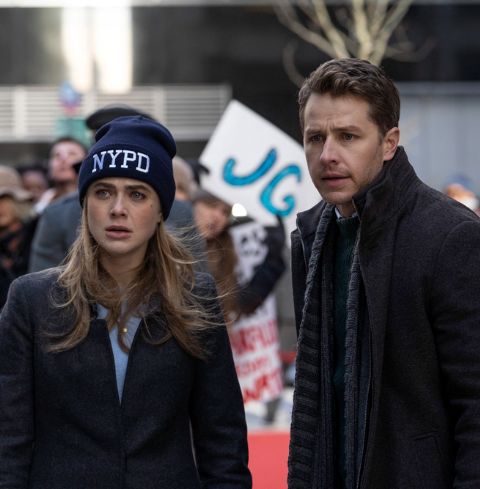 Manifest has officially reached the end of the runway, which means that the underlying mysteries behind Flight 828 and the events that followed its unexpected return will stay unanswered. TVLine revealed Monday that talks with Netflix and other potential buyers fell, putting an end to a week-long effort to preserve the show after its cancellation by NBC after three seasons.

With no new episodes on the horizon, the stars of the spooky thriller have taken to social media to express their feelings in emotional tweets. Josh Dallas, who played Ben Stone on the show, thanked “Manifesters” for their continuous support on Instagram.

Josh wrote, “Well, my badass #manifesters, I’m sorry to say that it’s the end of the line for now.” “We are so very proud to have brought you this story over 3 seasons. We so wished we could’ve finished the journey with you. But it wasn’t in the cards.”

Dallas went on to thank the producers, writers, his co-stars, and the fans “who embraced [Manifest] and these characters and flew with us on [Flight 828].”

Melissa Roxburgh, who played Ben’s sister Michaela, reflected on her experience on the show on Twitter. She stated, “Thank you, [showrunner] Jeff Rake, and our producers for giving us this dream. I’ll forever cherish the moments we laughed, cried, talked… convulsed in our’ callings,’ had blood pour out of our eyes, stayed up all night in the cold of NY… Thank you to the audience who kept us playing.”

Melissa continued, “You guys have no idea what you’ll forever mean to me. I’ve had some of the greatest days of my life on the stages of Manifest, playing pretend with people who have seeped into my heart.” She also added, “My word. what a ride. You guys made the last three years the best years of my life. Truly… Forever will miss this experience.“

The actors who played twin twins Olive and Cal, Luna Blaise, and Jack Messina, also spoke about their experiences on the show, “Thank [you Jeff Rake] for letting me bring Olive to life. She will always be a part of me,” Blaise wrote. “I will be forever grateful.“

Messina shared, “I will always be grateful to [Jeff Rake] for letting me be part of this amazing show.” He then added, “[Manifest] brought together a group of people, both cast and crew, who became a family. I learned so much and will always be ‘connected’ to them. Thank you to the amazing fans too. You rock.”