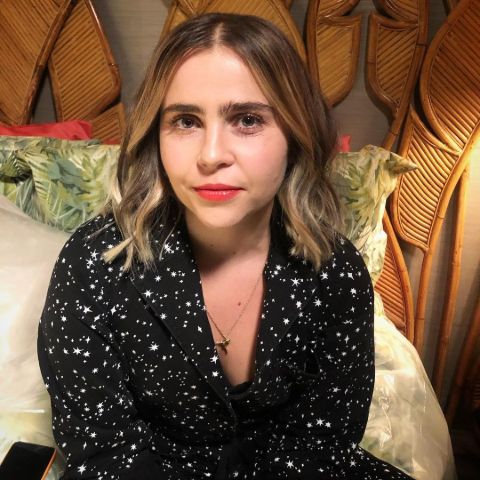 Mae Whitman, the star of Good Girls, is speaking her mind. Whitman revealed that she is pansexual on Twitter on Monday, according to PEOPLE. Whitman announced this while complimenting her program The Owl House, in which two of the main characters, Luz and Amity, recently became girlfriends. Amity is a character played by Whitman.

Whitman expressed her gratitude for being a member of a program like The Owl House on Twitter. She went on to say that being a part of such an inclusive program is extremely important to her because she is pansexual. “Being pansexual myself, I wish I had such incredible characters like Amity and Luz in my life when I was growing up,” the Good Girls star wrote beside a doodle of Luz and Amity.

The actor concluded her post by urging the world to “keep it up” because queer representation is “sososo important.” In a second tweet, Whitman expanded on the matter even more. The actor explained her definition of pansexuality and provided further details so that her followers are entirely informed.

The American singer wrote, “I know ppl might be unfamiliar with what pansexual means; for me it means I know I can fall in love with people of all genders.” She added, “This is the word that fits me best [rainbow emoji] and I’m proud+happy to be part of the Bi+ community.” Additionally, Whitman included a link to GLAAD’s Accelerating Bi+ Acceptance page.

Whitman isn’t the first person to speak openly about her sexuality. In a 2014 interview with Glamour, she stated that she finds different types of individuals attractive. She began, “I just like people. I like everyone. I see so much wonderful potential in everyone that I meet, and there’s always something to learn from.”