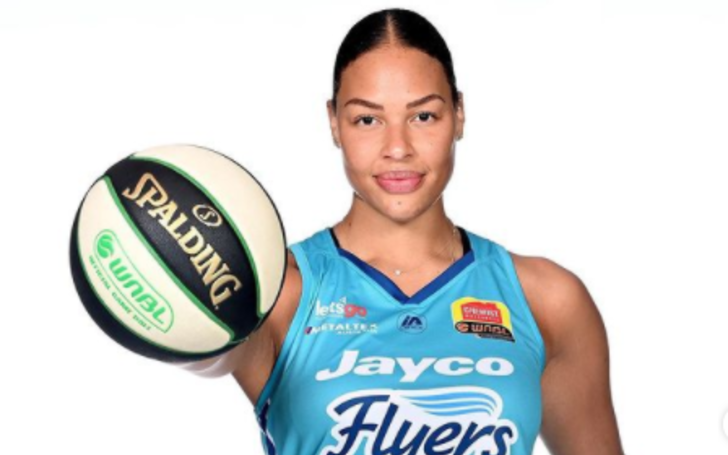 Elizabeth Cambage of, better yet, Liz Cambage is a beautiful and talented Australian professional basketball player who’s defied all odds with her exceptional gameplay. At the moment, she can be seen playing the Women’s National Basketball Association with the Las Vegas Aces and the Australian Opals. Besides that, she’s also into DJ and has proved her talent quite a lot of times. Here in the read below, we have some of the must-know facts on her, like her net worth collection, love life, and career highlights.

Liz Cambage Net Worth Collection as of 2021

As of 2021, Liz Cambage is still yet to make any public statement about her salary and income. Unlike NBA players who we’ve seen enjoying quite the lucrative amount of salary, the case is not the same for WNBA players, which has been a topic for debate for a long time.

According to Queen Ballers, an average WNBA player makes about $100,658 per year, whereas an NBA rookie makes a whopping $820,000 yearly income. Since the Australian player has enjoyed an active career for more than a decade, we can assume that she enjoys a handsome net worth collection of more than $1 million as of 2021.

Liz Cambage’s journey into basketball began back in her high school days when she was suggested by her mother to make the best out of her height and make some friends as well. At the age of ten, she was already 5’10, and hence she was teased quite a lot during her early days, which is why she opted for basketball.

The 6 feet 8 inch plays from the center position in basketball and is a two-time WNBL champion as of 2021. Currently, she plays under Las Vegas Aces of the Women’s National Basketball Association. She started her career by playing junior basketball with Dandenong Rangers in WNBL back in the 2007 season.

You may also like: All About Actor Eric Wareheim, Net Worth, Love Life, Career.

Talking about Liz Cambage’s personal life, she’s certainly not one of those cliche people to stay within their boundaries and live their life. Back in October 2020, she shared about her sexuality in a candid way where she said, “Yeah, I am a straight six-foot-eight woman who likes to have sex.” I’m a human; it’s what we do,?”

For female players, there’s a heavy stigma of what and how they are expected to behave and act, in the same context Cambage kept her views as, “As a female athlete, I feel like I’m not allowed to be sexy and I’m not allowed to be that person. All society wants from me is to sit down, shut up, go to training and play my sport.”

Talking about her love life, the WNBA player had previously dated Australian football player Alex Lee. The couple faced an on and off relationship for quite sometime before going separate ways in 2020.