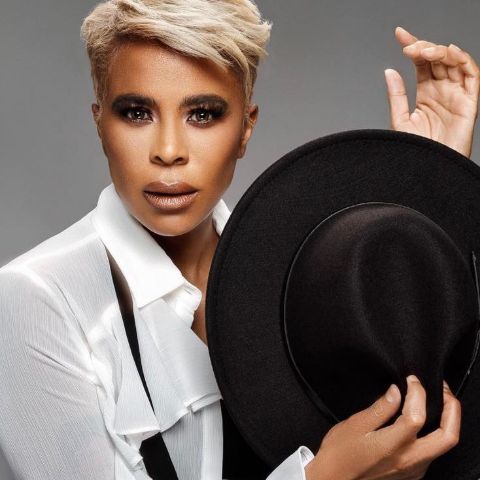 Laurieann Gibson is a choreographer, director, TV host, singer, actress, and dancer from Canada. She’s created dance pieces for Michael Jackson, Alicia Keys, Lady Gaga, and Beyoncé, among others. “Judas,” “You and I,” and “Love to My Cobain” are among her music video directing credits (codirector judas**). In addition, Laurieann became famous after appearing on MTV’s Making the Band and P. Diddy and Mark Burnett‘s Starmaker series. She Gibson also starred as a “Fly Girl” on the hit TV show In Living Color.

Lady Gaga discontinued her professional partnership with Gibson in November 2011 owing to “creative issues.” Gibson supervised BIGBANG’s World Tour in 2012. According to Celebrity Net Worth, Laurieann is estimated to amass an impressive net worth of $7.5 million as of 2021. As a choreographer, she earns between $21k and $156k each year. Aside from that, Gibson earns between $20k and $214k as an actress.

Aside from that, the Canadian choreographer also makes a living as a musician and television personality. Working with artists like P Diddy, Lady Gaga, Keri Hilson, Katy Perry, JoJo, Cassie, Danny Kane, and Brandy has contributed to her wealth. She is also available on social media such as Facebook, Instagram and Twitter. Gibson has 274k followers on Instagram, 71k followers on Facebook and 116.9k followers on Twitter.

Laurieann Gibson’s Married Life. Who is Her Husband?

Laurieann Gibson is a fiery personality. However, she prefers to keep everything private when it comes to her personal life. As a result, her current relationship status is unclear. Sure, being a celebrity doesn’t imply that you have to reveal every detail of your life to the rest of the world, but it’s normal for people to be curious. People naturally want to know who she’s seeing because she’s appeared on reality television series that deal with relationships.

Laurieann and Andre are married, according to Famous Birthdays, though it’s unclear when they leaped the broom. And, although Andre was outspoken about his divorce from Wendy Credle, Laurieann appears to have taken a more discreet route. However, there have been different stories about whether or not they were married.

There is “no evidence of their wedding and marriage,” according to MarriedDivorce. Laurieann also revealed in a 2015 interview with Essence that she never expected to be single, never married, and without children. Many folks were perplexed.

On July 14, 1969, Laurieann Gibson was born in Toronto, Canada. She is 52-year-old as of 2021 and of British-Irish ethnicity. In addition, her father’s name is Bishop Gibson, and her mother’s name is Marcia Gibson. She has two sisters named Karen and Debbie Gibson.

Details about her academics have remained a mystery till now. After training at the Alvin Ailey American Dance Theater, Gibson transitioned from theatre dance to hip hop, eventually becoming director of the choreography for Motown Records and Bad Boy Records.