Kelly Dietzen is well-known as the celebrity spouse of Hollywood actor Brian Dietzen. Keep scrolling down to know more about her. 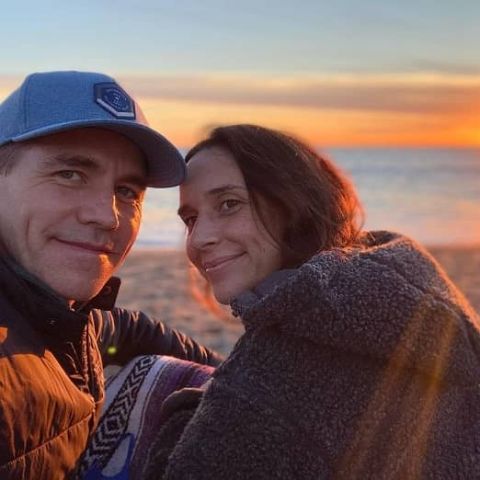 In the early 1980s, Kelly Dietzen was born in the United States, but her exact birth date is unknown. Dietzen’s nationality is American, and she was held under the constellation Scorpio. There is no information about her early life, education, family background, childhood, and so on. However, based on her achievements, she is almost certainly a high school graduate.

The 41-year-old stands 5 feet 8 inches tall and weighs approximately 56 kilograms. Similarly, she has hazel eyes and brown hair. Dietzen is a lovely and charming woman. Her personality is quite amazing and appealing. Kelly maintains a low profile. She is not active on social media. However, there isn’t a lot of information about her available in the public domain. Dietzen has kept herself safe and away from the public eye.

Kelly Dietzen is married to Brian Dietzen, a well-known actor. Her spouse is famous for his role as Dr. Jimmy Palmer on the hit television show NCIS, which starred in 279 episodes. They initially met at a gathering in Los Angeles in 2000. They began dating soon after and married in 2004. Kelly and Brian have been married for over 17 years. Furthermore, they have become parents twice during their marriage.

Kelly Dietzen’s Career Highlights and Net Worth as of 2021.

Kelly Dietzen’s net worth is unclear because she is a stay-at-home mom. But don’t worry, she lives a luxurious lifestyle thanks to her current husband’s enormous worth. Brian Dietzen, her husband, is said to be worth around $2 million. Dietzen, along with Pauley Perrette, Mark Harmon, and Seam Murray, is a member of the NCIS cast who earns an average of $500 thousand per episode.

The artist’s wife is not involved in any form of employment. In terms of her husband’s job, Brian is an actor who has portrayed the supporting character of Dr. Jimmy Palmer on ‘NCIS’ since 2004. Furthermore, he was upgraded to series regular at the start of the show’s tenth season in 2012.

Brian has appeared in the plays’ Equus’ and ‘Waiting for Godot.’ In addition, for two years, he was a member of the ‘Colorado Shakespeare Festival.’ He was cast in the Warner Bros. sitcom ‘My Guide to Becoming a Rockstar.‘ Similarly, he appeared in the film ‘From Justin to Kelly.’ In addition, he has had recurrent roles as Dr. Jimmy Palmer. Since the first episode, “Split Decision,” he has played a medical examiner’s assistant on the CBS series NCIS.