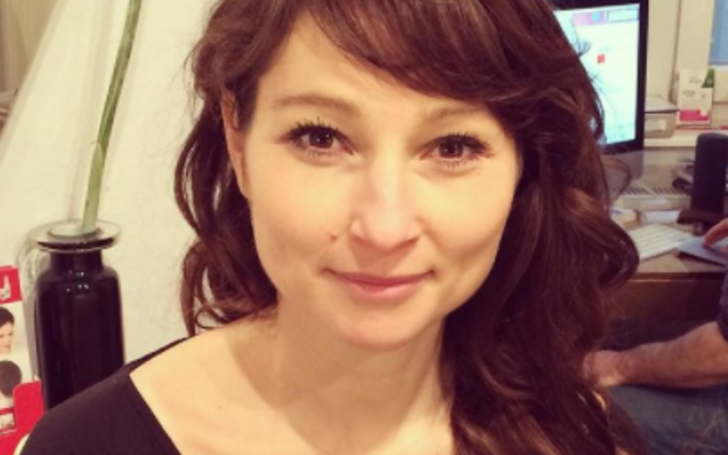 Janina Elkin is a German actress and choreographer who rose to the spotlight for playing Anna Carina Levin in the hit TV series Castle Einstein. And other than that, she became able to live in the hearts of thousands for her outstanding role in Netflix hit series The Queen’s Gambit.

Janina Elkin is happily married to Chris Apitius, the founder of Mallorca Retreat. The pair walked down the aisle on July 19, 2014, after dating years. The starlet occasionally makes an appearance with her partner on PDA even though they have a strong relationship.

The Schloss Einstein star and her husband are proud parents to a daughter, Romy Liv Elkin, born in 2017. She gave birth to a baby girl in July 2017. Prior to this, Elkin announced her pregnancy, donning a purple dress on May 31, 2017.

Regardless of a hectic schedule, she manages to spend quality time with her family. Indeed, her social media handle is showered with pictures of Chris and their baby Romy.

How Much Is Janina Elkin Net Worth?

Janina Elkin made her first theater debut in Hamburg at the Altonaer Theater, portraying Yvonne on The most beautiful day of the year. Similarly, in 2004, she played “Sie” in Whole Days at the Theater am Kampnagel. In 2005, Elkin played Carlotta Barra in Tamara at Sprachwerk Hamburg and at the Lichthif Theater in the 2006 film Lost.

Not only that, Janine starred at the National Academic Drama Theater in Kyiv in the play der Kirschgartem and Schauspielhaus in 2008. From 2009 through 2010, the Ukrainian beauty played Baby’s character in the musical Dirty Dancing in the Theater am Potsdamer Platz.

Elkin appeared in several movies and television series to date. His movie credits include No Kissing, Digging allowed, Stubbe- Case by Case: Tough Guys, The Storm Flood, In all friendship, Tatort: The hard Core, and The Queens Gambit.

Janina Elkin was born on December 20, 1982, in Kyiv, Ukrainian SSR. She had a keen interest in acting from an early age. For instance, Elkin learned ballet lessons at the age of three. In 1986, Janina attended the state Dance Academy in Kyiv.

As a 10-year-old child, Janina moved to Germany with her family from Ukraine. By 1998. she took lessons at the State Ballet Academy in Mannheim. And, She studied for three years with a scholarship at the Lee Strasberg Institute in New York City. In 2014, Elin took acting seminars in method acting and in the Meisner technique.