Jamie Chung is best known for her recurring role as Mulan on ABC's blockbuster series Once Upon a Time. She currently portrays Ji-Ah in the trippy HBO thriller Lovecraft Country. 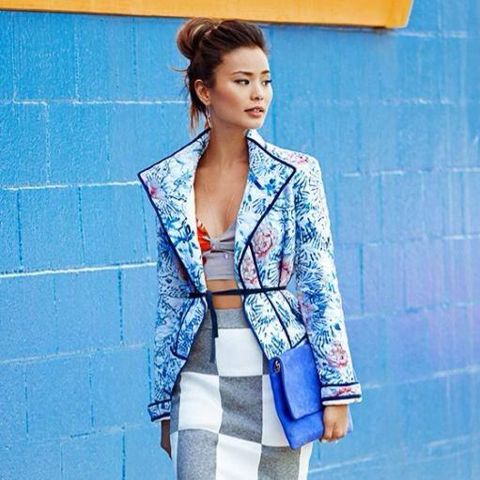 Jamie Chung is an actress, blogger, and former reality television star from the United States. After appearing in the MTV reality series The Real World: San Diego in 2004 and then on its spin-off show, Chung rose to prominence at The Real World/Road Rules Challenge. With that said, she is involved with several other projects – for instance, she has appeared in several films and T.V. shows over the years, such as Samurai Girl (2008), Dragonball Evolution (2009).

From her successful career in acting, she’s managed to make a magnificent amount of bank balance for herself. According to the celebrity net worth, she is estimated to amass an impressive net worth of $5 Million as of 2021. Yes, she is a millionaire, and without any question, credit for her great fortune goes to the years of hard work she placed in the film industry.

Taking about her assets, Jamie has a house in New York which almost cost millions of dollars. She has a Mercedes GLK (GLK class- manufactured by Mercedes Benz). Recently, she bought a mini car and posted a video on her Instagram. In addition, Chung is living a lavish lifestyle with her family in the United States.

Jamie Chung’s Relationship Status. Who is Her Boyfriend?

Well, Jamie Chung is a married woman. She is married to Bryan Greenberg, an American actor and singer known for his starring role as Ben Epstein in the HBO original series How to Make It in America. A perfect fit! Bryan and Jamie have one of Hollywood’s sweetest love stories.

The couple began dating in 2012 but had known each other for a long time. In December 2017, Chung told Us Weekly exclusively, “We met like ten years ago.” “However, I was only getting started, and Bryan was already working. We just happened to work with the same producers recently… and they kept mentioning this Bryan guy. “Who is this Bryan guy?” I wondered. They met up in New York City and went on one date — but wouldn’t find each other again until one year later.

Although it took a few years, the couple finally found their happily ever after. After a lavish three-day celebration, the Good Guy star and Chung exchanged vows on October 31, 2015. Greenberg expressed in an interview a month after tying the knot that his wedding day was “one of the finest days” of his life.

The love birds will be celebrating their 6th marriage anniversary on October 31, 2021. The duo hasn’t shared any child from their wedding till now. For now, they are enjoying life with each other.

Jamie Jilynn Chung was born on April 10, 1983, in San Francisco, California. She is 38-year-old as of 2021. In addition, Chung holds American nationality and belongs to the Korean-American ethnicity. There is no information about her parents. But, She has an older sister, and their parents moved to the United States in 1980.

In 2001, the actress received her high school diploma from Lowell High School in San Francisco, California. She went on to the University of California, Riverside, to study Economics and graduated in 2005. Moreover, Jamie was a Kappa Kappa Gamma sorority member. She’s also a Taekwondo practitioner.