Courtney Henggeler is a famous American actress who has established a noteworthy career. Here are the details about her relationship status, net worth, and early life. 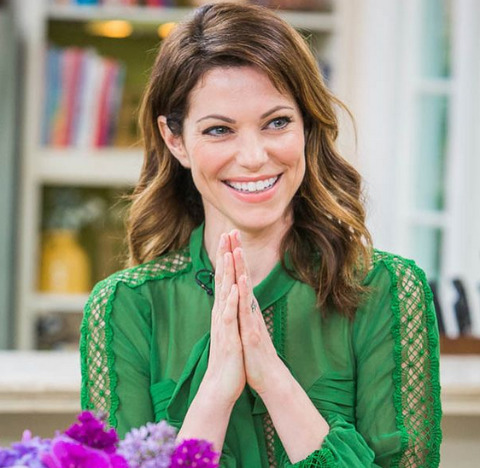 Courtney Henggeler is a married woman. She is married to Ross Kohn, a producer, and actor. The two tied the knot on October 10, 2015. The pair have shared very few details about their married life with the public.

The couple is proud parents to two children. Their son, Oscar Noah Kohn, was born on January 25, 2017, and their daughter, Georgie Healy Kohn, was born on March 1, 2019. The small family currently resides in New York.

Courtney Henggeler Net Worth and Career

Courtney Henggeler is an actress, model, writer, and producer. She is known for her roles as Amanda LaRusso in Cobra Kai and Missy Cooper in The Big Bang Theory. Courtney has been actively working as an actor since 2003; however, she has played in theatrical shows since her high school days.

Henggeler made her movie debut with the horror B-movie ‘The Bog Creatures‘ in 2003, in which she played the role of Susan Beth. She has since acted in many other movies like The Legacy of Walter Frumm, Two Dollar Beer, True Love, Peas in a Pod, Wing Bitches, Friends with Benefits, Hitting the Cycle, Kristin’s Christmas Past, Fixed, Feed, and Nobody’s Fool. However, Courtney made a big breakthrough in her career with Amanda LaRusso in Cobra Kai.

The actresses’ television debut was with the series House. She has acted in many other TV series, including Criminal Minds, Roommates, NCIS, Accidentally on Purpose, Working Class, Happy Endings, Back in the Game, Fuller House, Stitchers, and Henry Danger, to name a few. Henggeler made her debut as a writer and producer with ‘The Secret Life of a Celebrity Surrogate.’

The actress also appeared in the series In the Dark. In 2011, she did a short film for Royal Caribbean, a cruise line brand. Before her acting career, the Cobra Kai did numerous jobs. She also bartended for a brief period. As for her net wealth, according to the celebrity net worth, the now 42-year-old has a net worth of $1 million.

Courtney Henggeler was born on December 11, 1978, as Courtney Healy Henggeler. She was born in Phillipsburg, New Jersey, U.S. but grew up in Poconos, Pennsylvania. The writer lived there until she was 14 years old. Her parents separated when she was 14, and she moved to Long Island with her mother.

The now 42-year-old has a sister named Deidre Henggeler, but she has not revealed anything about her parents. As for her academic qualifications, she graduated from Seaford High School. She then attended the State University of New York, majoring in Bachelor of Fine Arts but dropped out mid-way as she did not like it.

The Cobra Kai star has been theatrical since her high school days. She used to take part in many plays in high school. The writer’s first audition was for her high school’s production of ‘Carousel‘ when she was in 9th grade, which her friend had signed her to. After dropping out from college after a year or two, she moved out to Los Angeles and took her first acting lessons there.