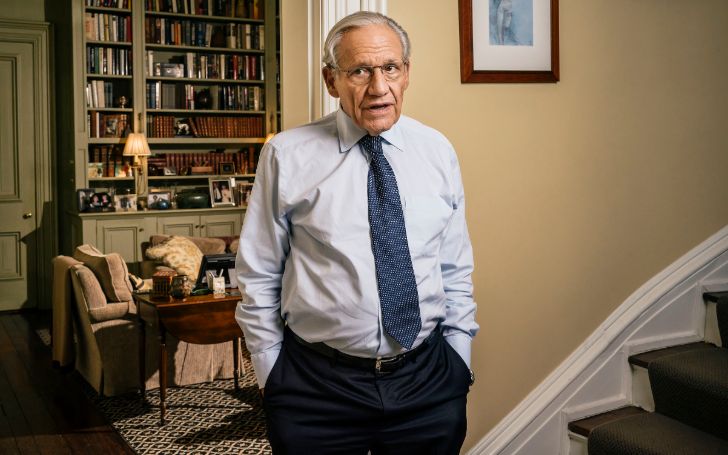 Bob Woodward is one of those strong personalities who dedicated his life to the field of journalism. Interestingly, he is an investigative journalist who worked for ‘The Washington Post.’ In fact, he rose to global fame during the investigation of the Watergate scandal alongside colleague Carl Bernstein. The case was so big that it led to numerous government investigations and the resignation of President Richard Nixon. So, grab all the details about the net worth, early life and married life of Bob Woodward in this article.

For decades, working in the journalism sector meant that Bob Woodward never needed to worry about his net worth. Currently, he works as the associate editor at The Washington Post, which contributes significantly to his net worth. According to estimates, he earns around $91,737, which happens to be the average salary of an editor at The Washington Post. Specifically, he amassed a staggering net worth of $15 million as of June 2020.

Woodward rose to fame when he took charge to report the Watergate Scandal alongside Carl Bernstein in June 1972. Surprisingly, he and his mate became successful in revealing several dirty tricks used by President Nixon’s re-election committee that eventually led to his downfall. Woodward had a secret informant known as Deep Throat, who helped him throughout the investigation. After the case, they released a book on the burglary case ‘All the President’s Men,’ which became a No.1 bestseller.

Woodward started his journey in The Washington Post in 1971 and is still working despite being in his late seventies. Thanks to his journalism contributions, he bagged awards like Heywood Broun Award, George Polk Award, and Sigma Delta Chi Award.

Bob Woodward is known for his accomplishments in journalism, but unfortunately, his personal life wasn’t equally resounding. He is a two-time divorcee to Katheleen Middlekauff and Frances Kuper. He tied the knot for the first time to his highschool girlfriend and director of the Simpson Centre, Katheleen Middlekauff, in 1966 but couldn’t sustain it. Thus, they broke up in 1969 with a divorce.

In pursuit of moving on, Woodward then married Frances Kuper in 1974 but failed to work it out as well. Consequently, the love birds got divorced in 1979. Hoping for third-time luck, he married The New Yorker writer, Elsa Walsh. The two formed a formidable duo as both worked in the same industry. The married duo shares two children and is happily together to date.

Born March 26, 1943, in Geneva, Bob Woodwark, aka Robert Upshur Woodward grew up in Wheaton, Illinois. He was born in a middle-class family to Jane Woodward and a lawyer father, Alfred Eno Woodward II, the chief judge of the 18th Judicial Circuit Court. Unfortunately, his parents parted ways with a divorce when he was just twelve. As per his siblings, he shares a bloodline with his brother and sister.

Regarding his academics, he went to the Yale College with a Naval Reserve Officers Training Corps scholarship. Later, he graduated with a B.A degree in 1965 and began a five-year tour duty in the United States Navy. Furthermore, he discharged from the Navy as a lieutenant in August 1970 and went to Harvard Law School. It was then when he applied for a job at The Washington Post, and the rest is history!