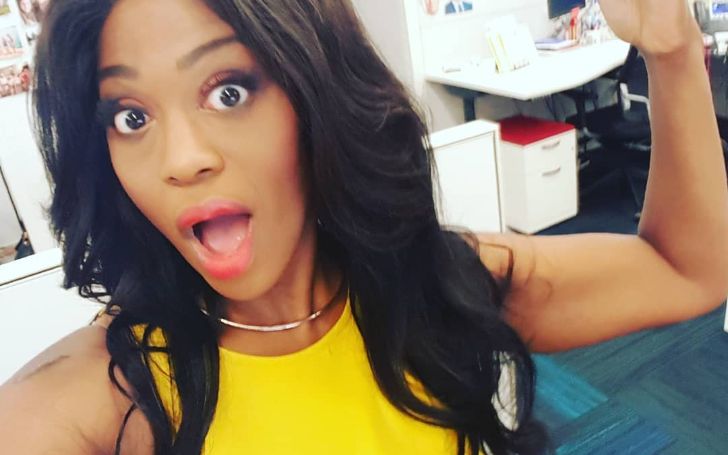 The sole aim of journalism should be service, and Amber Strong firmly adheres to it. The charismatic journalist is responsible for conveying the entire political affairs and the latest happenings. Strong currently serves as a full-time political reporter for the emerging network Newsy, and she couldn’t be happier. With such a stable job and reputation, one might assume that she would amass a colossal net worth. So, in this article, we bring you close to the personal life, net worth, and married life of the experienced journalist.

With a stable job as a journalist, Amber Strong not just rose to fame but also got accustomed to earning a big salary. Interestingly, she amasses a staggering net worth of $500,000 as of June 2020. As per estimates, she earns around $42,460, the average salary of a news reporter in the industry.

Strong is a political reporter at Newsy at present, and with her expertise in production in the past, she might have signed a lucrative contract with the firm. Besides her profession, Amber enjoys a lavishing life as she loves traveling around new places and going to concerts. With age factor on her favor, the day isn’t far when she will earn the tag of a ‘millionaire’ in her net worth, considering the rate she is moving forward.

While Amber Strong might have a stable job at Newsy at the moment, she burnt the midnight oil for long to get it. Before signing with Newsy in October 2019, she worked for five years in The Christian Broadcasting Network as a reporter and a producer. Before that, she worked in the production department and as a Freelance Camera Operator in WTHR and Broadway Digital, respectively.

Strong also worked as a host and producer in Real Scene TV, an entertainment TV show that aired on NBC. Furthermore, she worked as a Freelance Field Producer for CNBC in June 2013 before being the stage director for Helping Hands for Freedom. Similarly, the diva embarked on her journey with an internship at MSNBC in 2006.

At Newsy, she covers the 2020 election campaign, health care sector, and mostly the politics at the Washington DC. Over the years, she interviewed many big names such as Jimmy Fallon and Karen Pence. Talking about her education, she went to North Central High School before graduating from Harding University with a BA in Journalism in 2007.

Amber Strong is fortunate enough to replicate her professional career success in her personal life. She is a married woman to a longtime lover. Surprisingly, she never disclosed her husband’s name, but she often posts pictures with him on her Facebook and Instagram handle. The lovebirds started dating one another way back in 2005 and tied the knot eventually.

Amber Strong also celebrated her personal milestone a few years ago, as she became a mother to a daughter. Even though she remains busy with her journalism career mostly, Amber tries her best to keep a balance between professional and personal life to spend time with her daughter.