Akilah Hughes is a Brooklyn-based writer, comedian, and YouTuber. Know more about her down below. 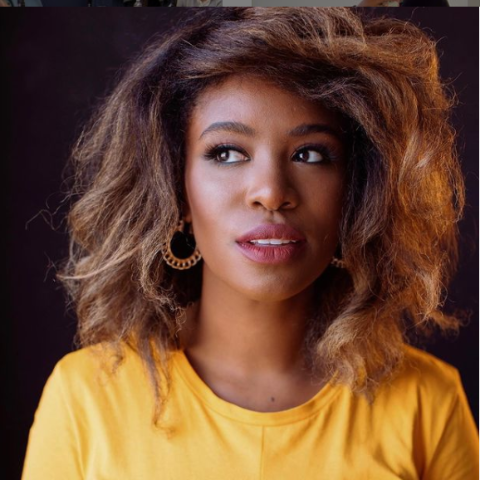 Akilah Hughes is a writer, comedian, YouTuber, podcaster, and actress from the United States. She has a net worth of $1.5 million. Hughes’ primary source of income comes from her Youtube career. On the other hand, a YouTube channel can earn $18 per 1,000 ad views on average. This equates to approximately $3 to $5 per 1000 video views. She makes a decent amount from her Youtube channel, considering she has 149K subscribers.

The celeb also earns from her Television, Writing, and Hosting Career. In July 2016, Akilah underwent surgery to treat benign liver tumors. She earned approximately $40,000 through the crowdfunding website GoFundMe, which paid 60 percent of her medical costs.

Akilah Hughes went viral after uploading a comedy video called “Meet Your First Black Girlfriend” on December 2, 2013, in which she answers hypothetical questions from a white lover. She got famous once more with the popular video “On Intersectionality in Feminism and Pizza,” which she released on April 8, 2015.

The artist started a Change.org petition titled “Ask Advertisers to Cease Supporting BuzzFeed Video’s Idea Theft” on June 30, 2016, with the goal of convincing advertisers to stop supporting BuzzFeed Video. “BuzzFeed has been detected regularly stealing ideas, jokes, bits, gags, and hence money from popular YouTube creators,” she said in the petition, which went viral, according to The Washington Post.

Akilah Hughes made her debut appearances in two episodes of mental floss: The List Show in 2014, in which she played herself. She appeared in several web programs as herself between 2014 and 2017, including Vlogbrothers in 2015 and Project for Awesome in 2016. Akilah hosted the first season of GK Now, a daily culinary news show for Scripps Network’s Genius Kitchen (now Food.com).

The actress had her debut appearance on television during the 2018 midterm elections in the United States when HBO broadcast four Crooked Media’s Pod Save America episodes, which included Hughes as a journalist. The celeb was a panelist on the Syfy television series The Great Debate in 2020. She had her debut appearance as an actress on a television series in the same year when she voiced Theresa in Bob’s Burgers episode “Just the Trip.”

Akilah Hughes received a Sundance Episodic Story Lab fellowship in 2015 for a half-hour comedy pilot titled Unlikely, which she co-wrote with Lyle Friedman. Hughes started writing her first book in 2015, following cooperation with Penguin Group for her Tipsy Book Reviews video series on YouTube, which led to a book deal.

Obviously: Stories From My Timeline, a collection of essays, was released on September 24, 2019, by Penguin Random House’s Razorbill brand. The essays were described as “as amusing as they are heart-warming” by Brenda Janowitz, who wrote for PopSugar’s “The 26 Best New Books You Need to Read This Fall.” Lapacazo Sandoval, writing for the Los Angeles Sentinel, describes the book as “extremely smart and very, very amusing.“

The popular YouTuber, along with political writer Gideon Resnick, co-hosted a newly released daily news podcast from Crooked Media called What a Day, beginning in 2019. On October 28, 2019, the podcast’s first episode, “Baghdadi and Blackouts,” was released.

In 2021, What a Day was named the People’s Voice Winner of “Best News & Politics Podcast” at the Webby Awards. Hughes’ final episode as a co-host of What a Day was the 412th episode, titled “Keeping The DREAM Alive,” which aired on July 30, 2021.

The Comedian had filed the lawsuit for an improper motive, according to the court. On Twitter and her website, Hughes stated that she planned to bankrupt Benjamin and use copyright laws to silence her political opponents and critics. Hughes’ social media posts on the case also indicated that she planned to sensationalize the litigation to raise her public image and seek a secondary pecuniary gain.

Akilah Hughes was born in Florence, Kentucky, on August 31, 1989, and attended Boone County High School. We presently have no information on her parents or siblings. She attended Berea College in Berea, Kentucky, after high school and graduated with a Bachelor of Arts in Broadcasting in 2010.

The 31-year-old relocated to New York City in 2012 and received a scholarship from the Upright Citizens Brigade. Hughes was diagnosed with benign liver tumors in 2015 and underwent surgery in July 2016 to treat the condition. Akilah Hughes is single and had at least one relationship previously.