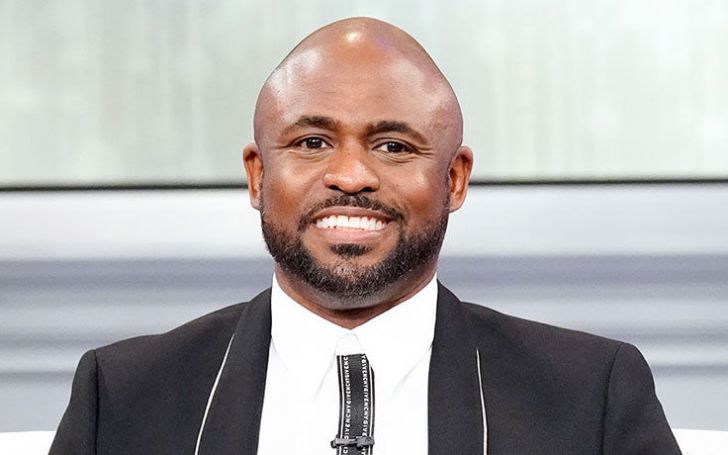 Many might be familiar with the popular series How I Met Your Mother (HIMYM). If you guys remember, then one of the lead cast of the show Barney Stinson played by Neil Patrick Harris, had a brother in the story. Yes, we’re talking about James Stinson. If you ever wonder who that dashing guy is, let us break it down to you that he’s no other than Wayne Brady. However, there’s more on him besides HIMYM. To know more about him, keep on reading.

Those who are wandering to know Wayne Brady’s financial status, let us break it down, he’s a millionaire. He holds an outstanding net worth of $12 million, as of 2020.

All credit for his immense fortune goes to Brady’s years of hardship in the entertainment biz. Many of us might not know, but besides being a veteran actor, he’s also renowned for his work as a singer, comedian, game show host, producer, and TV presenter.

He produced and hosted a show named after him, The Wayne Brady Show, which comes under the radar of his excellent works. Further, he also hosted several other programs, including Fox’s Don’t Forget the Lyrics! and the game show, Let’s Make a Deal.

Talking about Brady’s music career, like the rest, it’s also going quite well. His appearance in the TV series, The Masked Singer, was fabulous. In that show, celebrities would compete for singing different popular songs but concealing their identities. They would be wearing different costumes from head to toe in the show.

Brady, 48, did the same; he competed in that TV show. So, who was he in the competition; well, he was the Fox. Indeed, the Fox and not only participated in the second season of that show and shocked the whole world with his voice, but he also won the competition. However, recently he shared the news with his fans that he never got his trophy, as noted by TV Showcase.

Speaking of awards, Brandy was awarded a Primetime Emmy Award for Outstanding Individual Performance in a Variety or Music Program. In addition to that, he won four Daytime Emmy Awards too.

The Black Lighting star Brady is a member of the celebrity board of the Friends of RMHC (Ronald McDonald House Charities). He became an official supporter of RMHC in 2007.

The comic star Wayne Brady found it hard to replicate his professional success in his personal life. He has been married twice till today, and both of his marriage ended with a divorce.

Brady first walked down the aisle with his first wife, Diana Lasso, on December 31, 1993. The former lover got separated back on September 21, 1995.

After almost four years, Brady gave another shot to marriage. He tied the knot with his second soulmate Mandie Taketa, a dancer. Unlike his first relationship, he welcomed a child in his life from his second.

Brady and Taketa gave birth to a beautiful daughter Maile Masako Brady. She was born on February 3, 2003.

Though everything was fine initially, Brady married life with Taketa also tasted the same fate as his first. They separated on April 5, 2006. Subsequently, his former lover, Taketa, filed for divorce on July 2, 2007. Now, the ex-couple co-parent their baby girl.

Is Wayne Brady on the masked singer?

Yes, Wayne Brady was on the masked singer, actually he won the season 2 of that show; however, never got his trophy.